On Friday 2nd September, members of Armagh U3A, along with some members of Killyleagh and Upper Bann went on the “Belfast Bred” walk organised by the Kabosh Theatre Group. 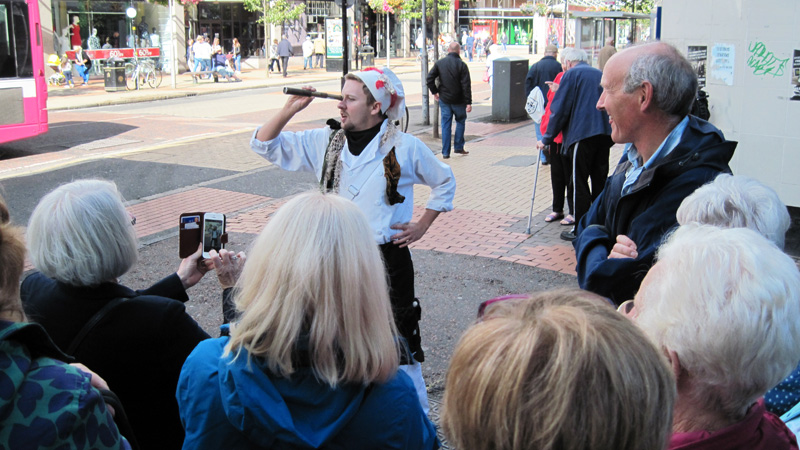 Led by Barney the Baker, a chef on the Titanic, recently released from an iceberg thanks to global warming, the group called at various businesses as Barney gathered the ingredients for his next dinner. Starting at Sawers, where we sampled bread, bacon, cheese, octopus and olives; then on to Mourne Seafood for sqid, passing historic sites on our way to the John Hewitt bar to sample local beer and cider. They even stock gluten free beer. then on to McHugh’s bar one of the oldest in Belfast, for boxty and hot rock steaks. Finishing up in St George’s Market where Barney got the last of his ingredients.

Click on the images below to see the full picture. 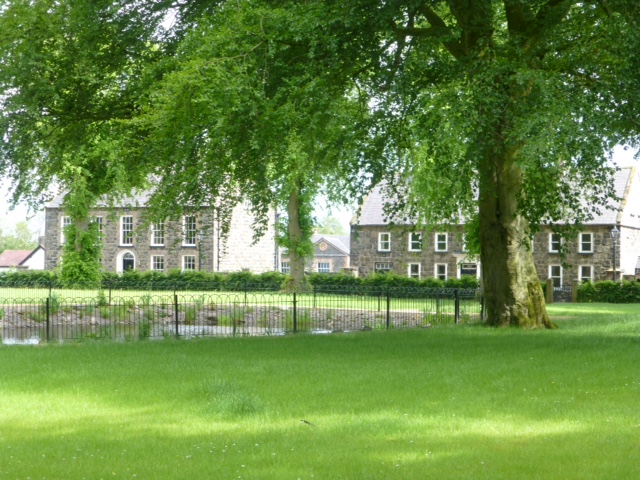 On Monday, 22nd June a group went on an outing to Gracehill and enjoyed a pleasant day initially at the Creative Gardens at Galgorm Castle for a browse and lunch followed by a tour of Gracehill village.

To view other photos of the trip click on the thumbnails below. 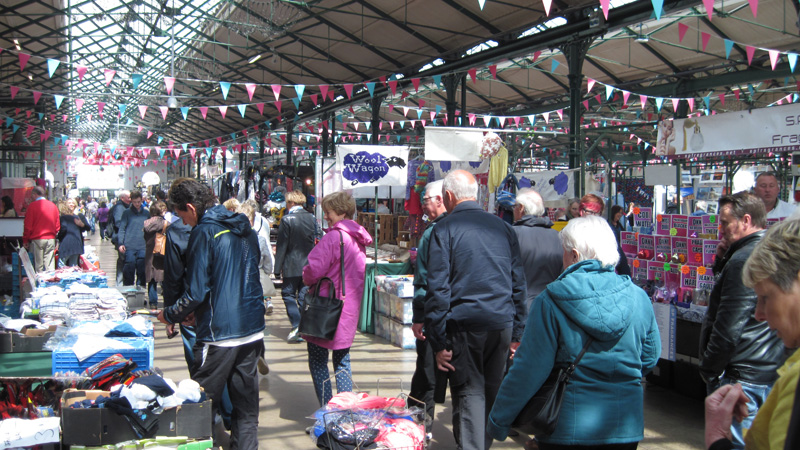 It was a typical summers day for our walk, a few skiffs of rain, a cold breeze and the odd glimpse of the sun.  The day started in the right fashion with tea/coffee and scones in Flame on Howard St. before meeting up at the City Hall with our guide Billy Dickson. The walk went along the City Hall taking in the monuments on the eastern side, and then on to the Dublin Road and the Ulster Hall where were able to see the paintings in the Carey Gallery. The walk then took us along Ormeau Avenue to Alfred St. to view St. Malachy’s church, best known for its fan vaulted ceiling which is an imitation of the Henry VII Chapel in Westminster Abbey. We then continued along Sussex Place and Hamilton Street to St Georges Market Bar and Grill for lunch.

Some photos of the walk can be viewed by clicking on the images below. 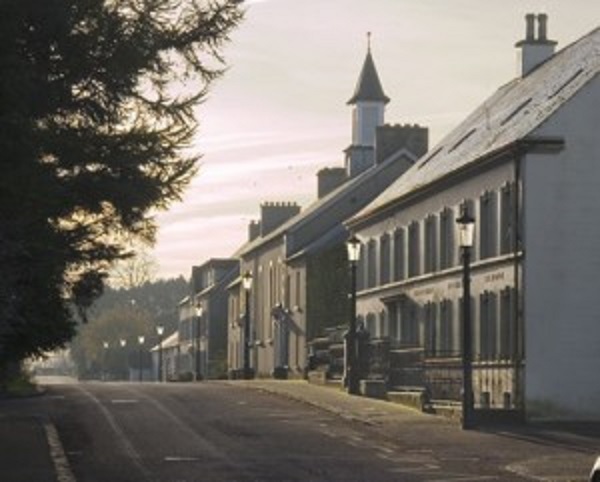 Final arrangements have been made for our visit to Gracehill on Monday, 22nd June.
The bus will depart from Armagh City Hotel at 10:30 am. We will arrive at the Creative Gardens at Galgorm Castle at 12:00 pm approx. We will spend two hours here browsing around the nursery and you will be able to have lunch  ( own arrangements ).

We hope to arrive at Gracehill shortly after 2:00 pm where we will be met by the tour guides. The visit will include a tour of the School House, a walk around the Square, the Church and the Burial Ground if you wish. We should arrive back in Armagh around 6:00 pm.

Those who wish can finish off with dinner in the City Hotel.

At the moment we have around 50 names. The cost of the bus and the guided tour will cost approx £15 (could be a little more or less!)
Any further enquiries to Margaret Oakes ( 37522136) 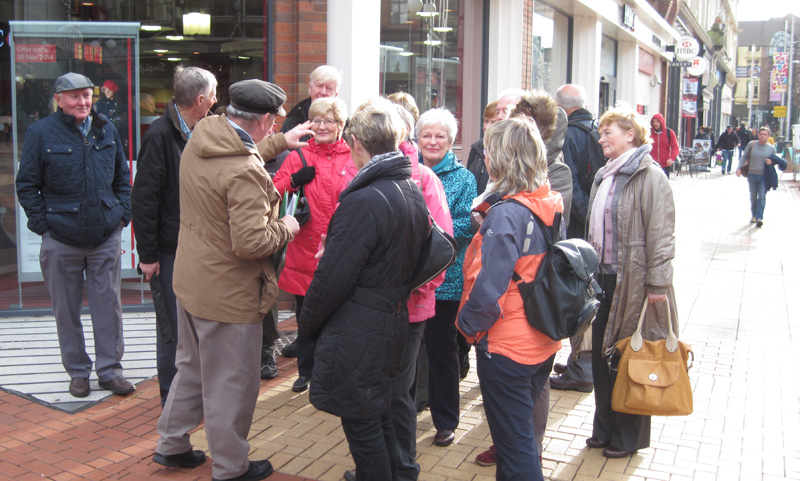 Over thirty of our members set off for Belfast on November,14th to discover some hidden gems of Belfast . We had organised two Blue Badge Tourist Board guides to lead the way. It proved a very informative and enjoyable two hours. We all realised we had walked past some very important historic sights in Belfast over the years with our eyes closed! We started off at the City Hall,down Royal Avenue, through the Cathedral Quarter and finished at St George’s Market. The highlights of the tour were a visit to First Presbyterian Church (1783) in Rosemary Street, the War Memorial Museum and a walk through the historic Half Bap area where we saw the new murals of some famous people of Belfast. We hope to return and explore more of the City.

Click on the smaller picture to see the larger version.

On Thursday, 4th September thirty four of our members set off to visit Ballywalter Park in Strangford Lough. Lord and Lady Dunleath proved to be wonderful guides round the Mansion House which has been in their family for 170 years. We were all very impressed how the home had been carefully restored to its former splendour with a few modern twists. This was followed by refreshments in the wonderful conservatory which was reopened in 2009. Some of us then enjoyed a stroll around the gardens accompanied by Lady Dunleath who shared her gardening knowledge with us.

It was a splendid visit  and the sun shone all day!

Click on an image to see a larger picture.

The outing to Ballywalter Park will take place on Thursday, 4th September. The bus will leave the City Hotel, Armagh at 10:00 a.m. arriving there at approximately 12:00 p.m.  On arrival Lord and Lady Dunleith will take us on a tour of the house. This will be followed by tea/coffee in the Conservatory.  Lord Dunleith will then take those who have booked on a tour of the garden. We hope to return home by late afternoon.

These are some photographs of the tour of SS Nomadic, click on the thumbnail to see a larger picture.

These are some pictures from the Bus Tour part of the day, click on the thumbnails below to see a larger picture.

A Belfast City Bus Tour (£7) is being arranged for Tuesday 10th June.  The bus will pick us up at the Europa at 10:30 to commence the tour.  This will include Belfast Castle where you treat yourself to a cup of tea or coffee.  It will then drop us off at the Titanic Quarter where you can have lunch (not available to book in advance).  Here you have the choice to visit the Titanic exhibition (£11) or visit the Nomadic ship which was the tender ship for the Titanic (£4.50).  Otherwise you can finish your trip here.  Regardless,the tour bus will pick us up here again and return to the Europa. All must be paid on advance and this will be collected at the May meeting. You can also contact Margaret, who is organising the tour after the 21st April on 02837522126.The Ballywalter Park visit has been rearranged for Thursday 4th September by popular request! Details will follow later.

The Hill Walking Group started in 2011 when Armagh u3a was first set up. Our walks are varied—-in forest parks, …
Read More

The Tuesday Walking Group walk on Tuesday mornings at 10:00 a.m. Meeting in the carpark in the Demesne next to …
Read More